SOUTHERN CAPE NEWS – The record breaking Southern Cape men’s hockey team has set its sight on winning its sixth consecutive South African Country Districts hockey title when it participates in the provincial tournament at Hilton College in July this year. 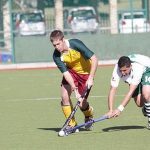 The squad is hard at work, preparing itself for a tough challenge as no Southern Cape hockey team has ever won a tournament in Kwazulu Natal or the Midlands.

The Southern Cape team has been drawn in a very difficult pool and plays the following teams:

As in the past, the players selected rely on sponsorships and donations to raise the funds needed to attend this prestigious tournament and the financial implications are once again the deciding factor whether some players attend the tournament or not.