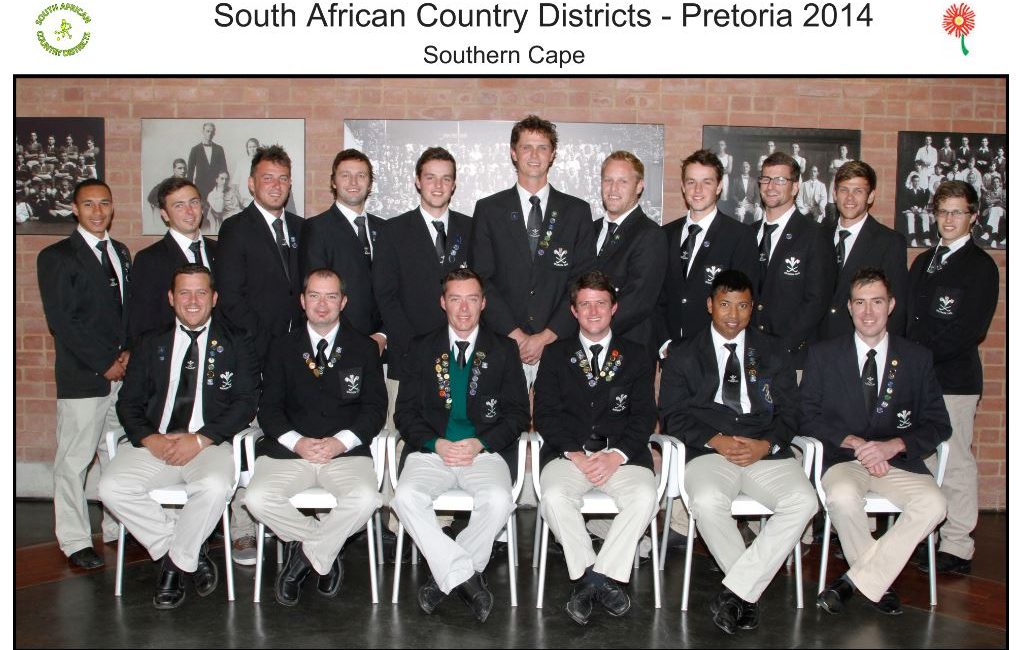 SOUTHERN CAPE NEWS – The Southern Cape Men’s Hockey side made history on Saturday 12 July when they won the South African Country District Hockey Tournament held in Pretoria for the seventh time in a row.

John Wright, the tournament director and arguably the world’s top umpire who recently umpired the World Cup final in Holland, commented that this final was truly amazing. “Credit to both teams for making it so memorable.”

The team and individual players secured more accolades at the closing function on Saturday night. The team received the Sportsmanship trophy and Girshwin Sparks received the Player of the Tournament Award as well as the Goal of the Tournament Award. Four players from the team were also selected to represent the South African Country Districts team at the Men’s IPT tournament later this year. They are: Ben Buys, Craig Clowes, Kevin Damons and Chris Rimbault.

The team which was coached by Nigel Leverton and managed by Rob Leverton, arrived back in the Garden Route on Sunday afternoon to cheers and applause from supporters and family members at the George Airport.

The Southern Cape management and playing team would like to take this opportunity to express their thanks to all their sponsors without whom this tour would not have been possible. They are: the George Herald, Cape Island Construction, Lime Green Projects, Knysna Yamaha, Tours for South Africa, Princess Hockey, Gryphon Hockey, Dr Marita du Pisanie as well all the private sponsors for making this team and tour as successful as it was. In addition to their sponsors they wish to thank all the supporters who made the trip to Pretoria to go and watch as well as all those who nervously awaited updates during the week. The backing is so important and appreciated by the team.